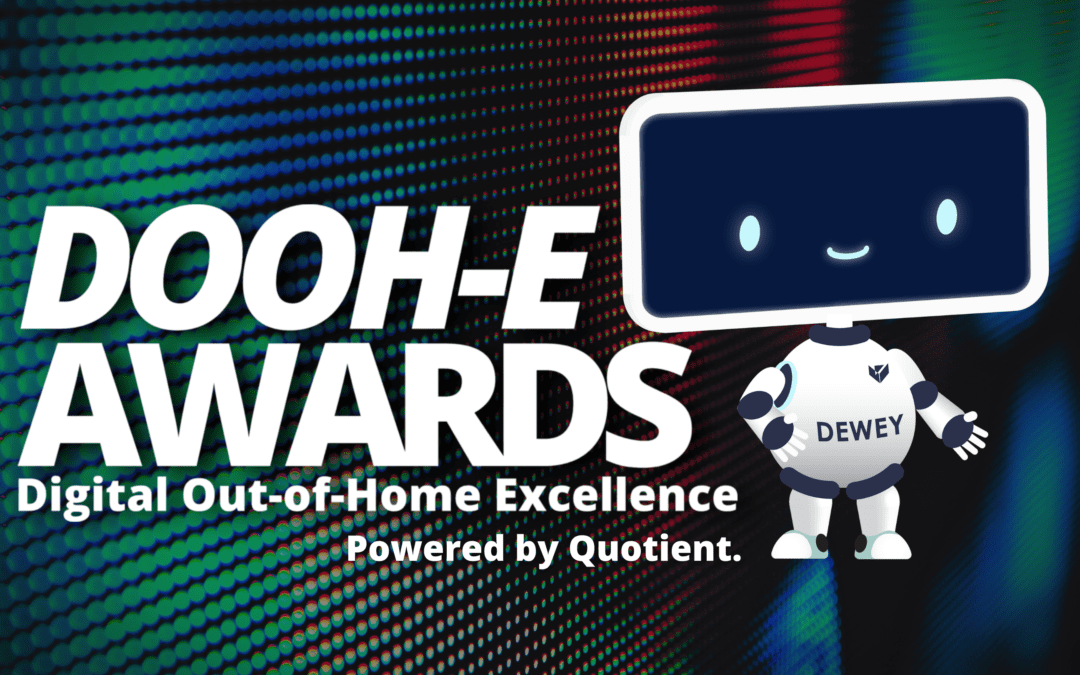 The awards are being presented in partnership with digital out-of-home demand side platform Quotient.

The organizations said the awards are intended to recognize “the best campaigns that integrate ad-tech, targeting and dynamic creative approaches as a vital part of the omnichannel ecosystem.” More information on the awards and submission form can be found here.

The DPAA will oversee the paring down of submissions to short lists of nominees. The industry at large will vote for the winners.

“As the world opens, ad budgets increase and out-of-home continues its fast growth trajectory this is the perfect time to recognize the best in DOOH excellence and innovation,” stated Barry Frey, President & CEO of DPAA.

The awards program is open to all organizations involved in the DOOH space who ran a campaign in the last 14 months. Awards categories include:

Entries are due by June 30, 2022 and a short list will be released for industry voting on July 15, 2022. Campaign winners will be announced at the DPAA Global Summit on October 11 at Pier 60 (Chelsea Piers) in New York City.

Should Billboard Operators Be Worried About Interest Rates? (Billboard Insider)

Thinking About A Digital Signage RFP? Don’t Do It! – Advice From Spectrio (16:9)