The “On the Go Consumers”: How They Relate to the Mall Environment by Adspace Networks 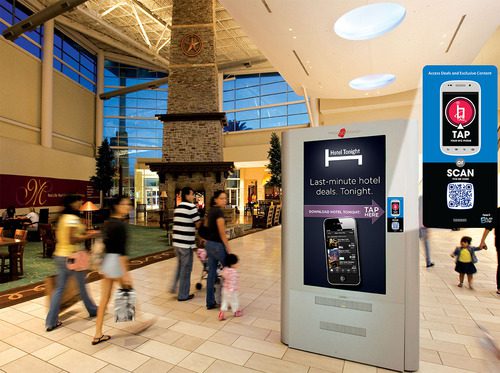 The “On the Go Consumers”: How They Relate to the Mall Environment by Adspace Networks

There has been a great deal of press over the past year or two about the decline of the shopping mall — stores closing, tumbleweeds rolling through the common areas — all supposedly because of internet shopping. Malls do close, and this has been happening for decades as demographics and economics in a given geography shift, but what is really going on with the mall shopper?

Some things are changing, and some are not, so I’ll provide some highlights that we are seeing. First, traffic in the large, enclosed regional malls has not declined in ten years, according to ShopperTrak. These are the big, beautiful centers where you can’t get a parking space, and they are prospering. But the people that visit them are changing their behavior once they get inside. ShopperTrak explains that, “  The number of unique shoppers has remained relatively stable over the past decade. However, we have seen a decline in the number of stores a shopper visits. In 2007, shoppers typically visited 4.5 to 5.0 stores per trip. Today, we see a number closer to 3.0 stores per trip.”  This partly explains the declines in traffic that some mall retailers are experiencing.

One might ask if mall visitors are actually spending less time in the mall. Nielsen measures this for us every two years as part of our audience measurement program. In the four studies since 2007, the average time spent in our malls is 90.4 minutes. The latest figure in 2013 was 94.4 minutes — not much of a change.

A recent study on back-to-school shopping, conducted by the International Council of Shopping Centers and Goldman Sachs, indicated that 73% of consumers do research online, and then purchase in a physical store. This is called “webrooming.” If shoppers are browsing stores online, this might explain why they visit fewer of them once they are in the mall. The same study also found that the number one reason to purchase at a specific store location is a sale, and the number two reason is to physically interact with the merchandise.

In our own research on what information shoppers want to see on digital screens in the mall environment, sale information is number one by far.

Looking a little deeper into the mall shopper’s emotional motivations, our research indicates that there are two primary “benefit clusters” associated with mall shopping. The first is “efficiency.” Shoppers invariably have a list of things they need to purchase on a mall visit, and any help they get (on digital screens, static boards, newspapers, emails, etc.) to save money and time makes them feel smart. This “savings” of time and money also gives them permission to spend some of that time and money on themselves (which they think they deserve, since they are doing so much for everyone else). This indulgence (or reward?) is a big motivator.

This doesn’t sound like a harried, unpleasant experience. USA Touchpoints conducted research on consumer attitudes in a variety of out-of-home media environments, from malls, restaurants and bars to airports and health clubs. Every half hour for ten days, respondents input into an iPhone app where they were, what media they were consuming, who they were with and how they felt emotionally. The mall environment ranked No. 1 based on the percent of respondents feeling happy, excited, confident and hopeful. Bars and restaurants were a close second, while airports were last. Net, the mall environment is quite inviting.

But are consumers in a frame of mind to be receptive to advertising? Nielsen measures the percent of mall visitors that notice our screens, again as part of our audience research. It has steadily grown since 2007, to 86% currently. More importantly, 35% of them remember the advertising that is running on our screens (average prompted awareness of all commercials). I suspect other mall media see similar numbers. My own belief is that advertising in malls is part of the mall entertainment experience, whether it’s a beautiful backlit static ad for Chanel or a dramatic digital video commercial for the film “Frozen.” The mall operators seem to agree. They have invested heavily in large “spectacular” LED screens. A new mall that just opened in New York City, The Mall at Bay Plaza, has 46 digital screens incorporated in to the interior design. There is a big “wow” factor here.

The big, enclosed regional malls will continue to evolve to give consumers what they want, and there will be a big entertainment component to this, from restaurants to digital entertainment. As media continues to fragment, advertising to the “on the go” consumer in a desirable mass environment, such as the mall space, deserves serious consideration in a media plan.

The Drum: Airport inventory on course to sell out as advertisers bet on busy festive travel

AI and DOOH ad firm Alfi, Inc. is being investigated for alleged violations of the securities laws (Yahoo Finance)